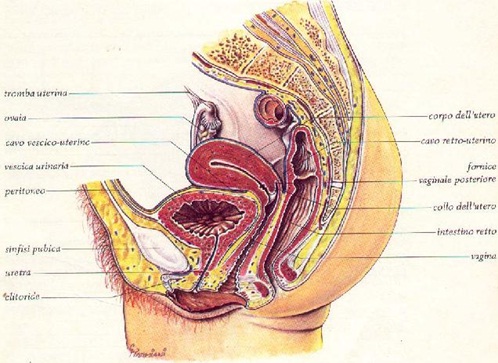 The bladder and female urethra (FIG 1) are located into the pelvis and take relationships of contiguity with the rectal ampulla in postero-inferiorarea, with the uterus in postero- superior area,  with the pubic symphysis in front and with the vagina in front and at the bottom.

The peritoneum,(the sack  that contains the abdominal viscera), covers only the upper wall (so-called Dome) of the bladder.

Looking at the inner wall of the bladder (fig. 2), in its antero-inferior area, we can recognize the so-called trigone, i.e. the region roughly triangular where  laterally thetow meatus of the ureters opens, (urethersare two channels from which the urine produced in the kidneyscomes), and medially the internal urethral meatus ( i.e. that channel that carries urine outside).

Physiology of the bladder innervation

(From the guidelines of the European society of Urology) 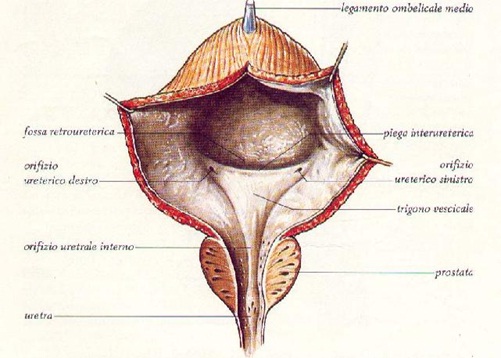 The innervation of bladder and pelvic organs, musts respond to the need to integrate the urogenital functions with the social life. The innervation of the bladder and the sexual organs goes  from the frontal lobe of the brain  to the pelvic plexuses. For a physiological situation parasympathetic, sympathetic, and somatic systems  have continuously to interact  between them.

The pregangliar parasympathetic fibers cause contemporarily the detrusor contraction and the relaxation of the bladder neck and urethra’s fibers. They originate in the second, third and fourth sacral metamere (S2-S4). Their so low origin explains how even in patients who have hadhigh had spinal cord injuries, some bladder functions may remain. From these areas the fibers pass directly into the pelvic nerve which, as we have seen, are part of the pelvic plexus and contracts relationships with sympathetic fibers.

The pregangliar sympathetic fibers fundamentally inhibit the stimuli caused by parasympathetic. They originatefrom the tenth dorsal metamere until second lumbar metamere (D10-L2). From here they pass into the lumbar nerves to get the hypogastric plexus that both contract dealing with the pelvic plexus and reach directly to the bladder wall.

The somatic fibers lead motor stimuli to the volunteer muscles of the pelvic floor and part of the urethra. Originating from the second, third, and fourth sacral metamere (S2-S4) they pass directly in the pudendal plexus and then in the pudendal nerve (with bladder, vaginal, clitorisfibers, etc.). In addition a separate motor nuclei (Onuf’s nucleus), located in frontin the medulla, always to the S2-S4 level, provides fiber to the axons that innervate the external urethral sphincter. This so complete “overcontrol “shows how the function of urinary continence is so important in its psycho-social function.

– Afferent bladder innervation (from the bladder to the brain)

Bladder filling sensations (generated by both the passive unfolding as the active contraction) are conveyed in the spinal cord in the pelvic and hypogastric nerve’s fibers. There is also a second category of fibers, the so-called silent fibers or C fibers. These are normally inactive, but are activated only in the presence of painful stimuli or in the presence of heat. The painful messages coming from afferent fibers enter the spinal cord from posterior horns and ascend to the brain centers involved in bladder control. In the bladder, the sensory receptors are placed in the suburothelialarea (mostly present in the bladder neck and trigone) and in the context of the striated vesicalmuscle (the Detrusor).

-Efferent bladder innervation (from the brain to the bladder) 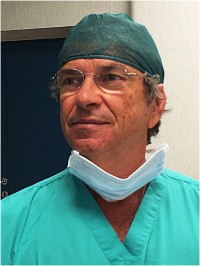